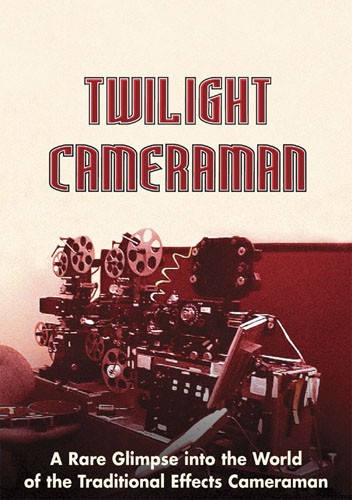 X
Please note you'll have 28 minutes of viewing time for this title, during the 24 hour period after your purchase.

A Great Historical Program for a Visual Effects Class. Twilight Cameraman gives a rare glimpse into the remarkable craft of optical printing which was of great importance in the field of visual effects. It demonstrates the step-by-step procedures used to shoot film opticals. Before his transition into digital, Visual Effects cameraman Mark Sawicki documented the old style craftsmanship of the traditional optical cameraman. This program is a wonderful companion piece to the Albert Whitlock: A Master of Illusion as Sawicki worked as cameraman for Whitlock's protege's Bill Taylor and Syd Dutton (now effects supervisors). This program pays homage to an exciting craft that was handed down from one camera person to another in the last age of apprenticeship.