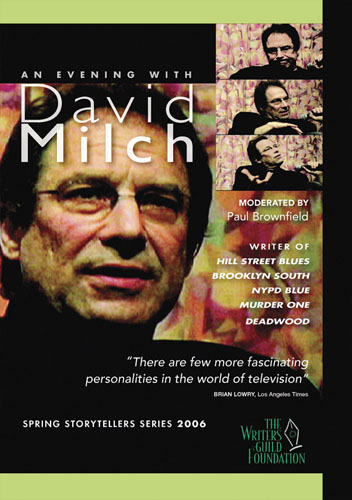 X
Please note you'll have 2 hours, 58 minutes of viewing time for this title, during the 24 hour period after your purchase.

The Writers Guild Foundation Presents Master Storytellers: Screenwriters On Screenwriting Series. First Light Video is proud to partner with The Writers Guild Foundation in the distribution of their outstanding series, Master Storytellers: Screenwriters On Screenwriting. Professional screen and television writers, as well as aspiring students, have the rare opportunity to learn from master storytellers as they intimately share their creative process, craft virtuosity, and passion for the written word in its marriage to the screen.Three outstanding series have been designed to showcase the writing process from concept to fade-out, with a selection of highly acclaimed writers.