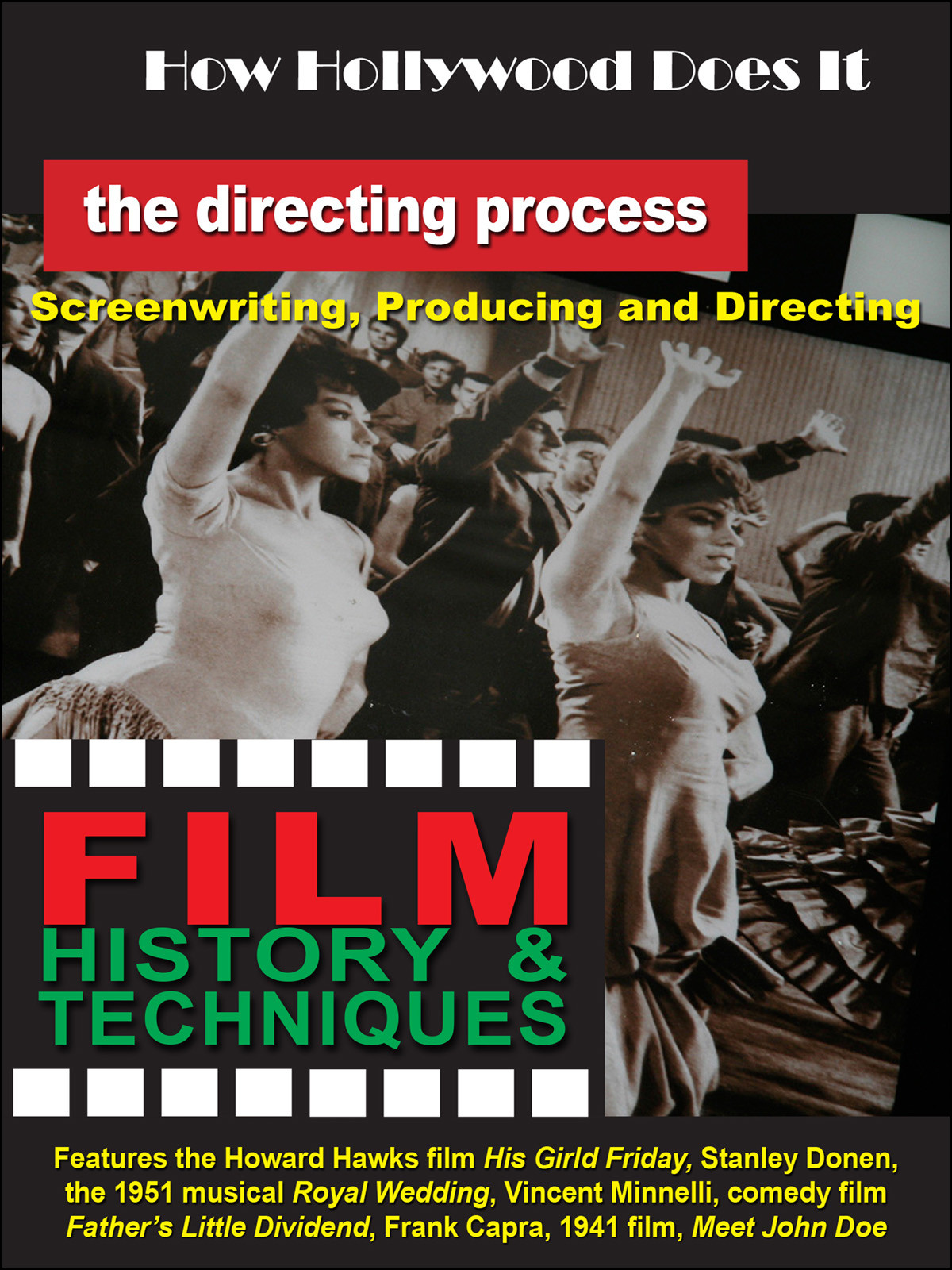 How Hollywood Does It - Film History & Techniques of The Directing Process

How Hollywood Does It is a look at the history, techniques, movements and people who create the magic of motion pictures. This program discuss three big jobs in motion picture making; screenwriting, producing and directing. The director is responsible for the overall feel and look of the film and decides on the use all of the other process of movie making - lighting, editing, mise en scene, cinematography and sound which ultimately reflect the director's control and vision. Explore films from major directors of cinema and learn how a script is formatted. Includes the opening scene from the Howard Hawks film His Girl Friday, Stanley Donen, the 1951 musical Royal Wedding, Vin-cente Minnelli, comedy film Father's Little Dividend, Frank Capra, 1941 film, Meet John Doe, John Huston, 1953 film Beat The Devil and Michael Gordon's 1950 film, Cyrano De Bergerac. Hosted by Jeffrey Hill and Mark A. Graves - Jeffrey Hill is an associate professor at Morehead State University, Department of Communication, Media and Leadership Studies. Dr. Mark Graves is an associate professor of English.