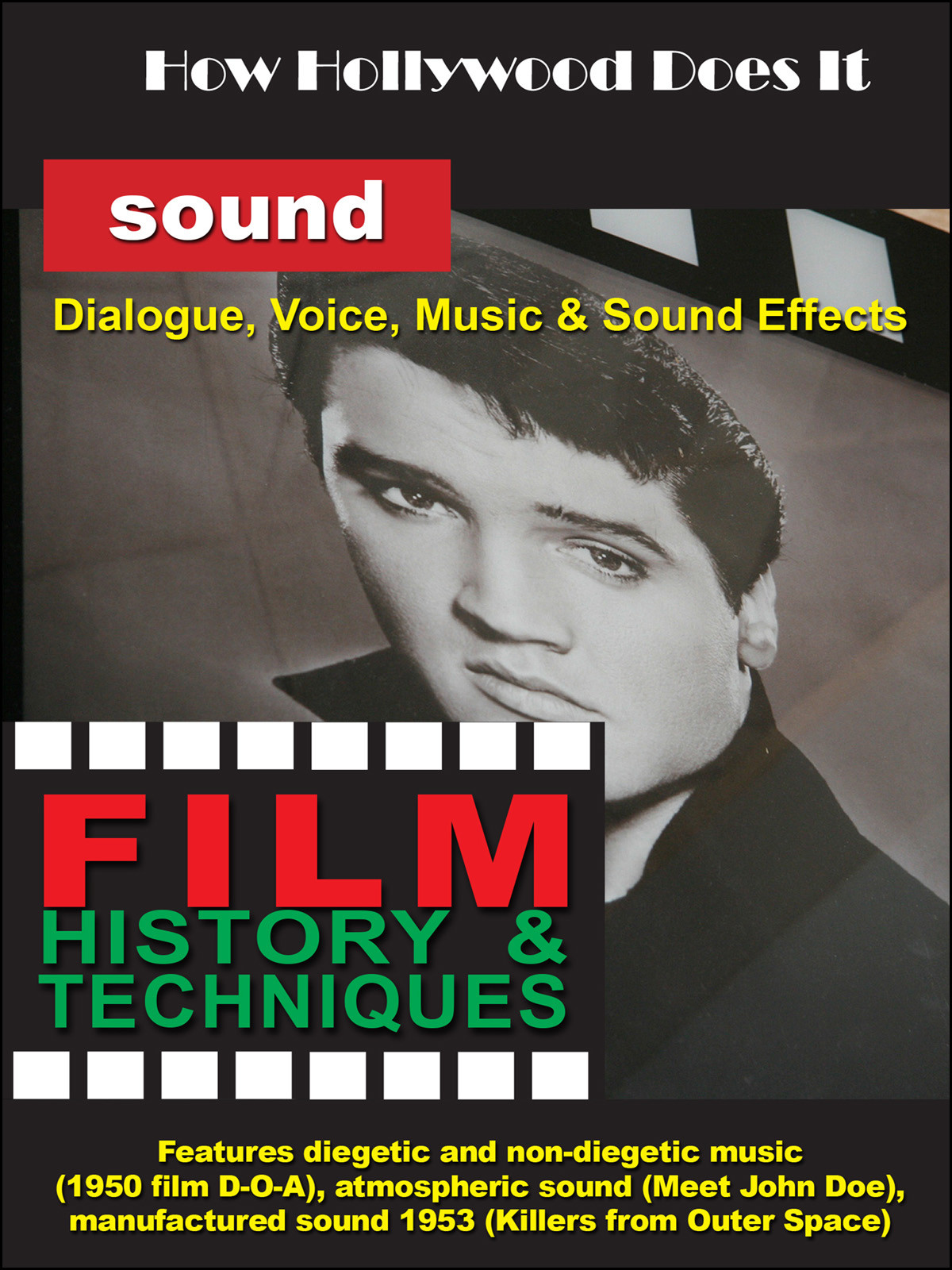 How Hollywood Does It - Film History & Techniques of Sound

How Hollywood Does It is a look at the history, techniques, movements and people who create the magic of motion pictures. Sound investigates the various types of sound, how they are recorded, and how they are incorporated in a film. Besides the visuals in moving pictures, sound also contributes to part of those magical effects. This program will focus on sound design and how life can be breathed into a project through the use of carefully selected and carefully placed sounds. When we think about or talk about them, we can categorize all sounds into one of three categories: dialogue or voice, music, and sound effects. Sound effects can be sounds that occur naturally within the film itself or sounds that add to the overall impact that the film presents. Music is quite often not part of the film itself, but a musical track that adds to the mood of the film. Both music and sound effects are usually classified as either diegetic or non-diegetic sounds. Simply put, non-diegetic sounds are those which do not occur within the film, while diegetic sounds occur inside of the film's action. This program features diegetic and non-diegetic music in the 1950 film D-O-A Atmospheric sound known as foleying in Meet John Doe and manufactured sound elements (suspenseful mood music, a ray gun emission, the whirling of flying spaceships) in the 1953 Killers From Outer Space. Hosted by Jeffrey Hill and Mark A. Graves - Jeffrey Hill is an associate professor at Morehead State University, Department of Communication, Media and Leadership Studies. Dr. Mark Graves is an associate professor of English.