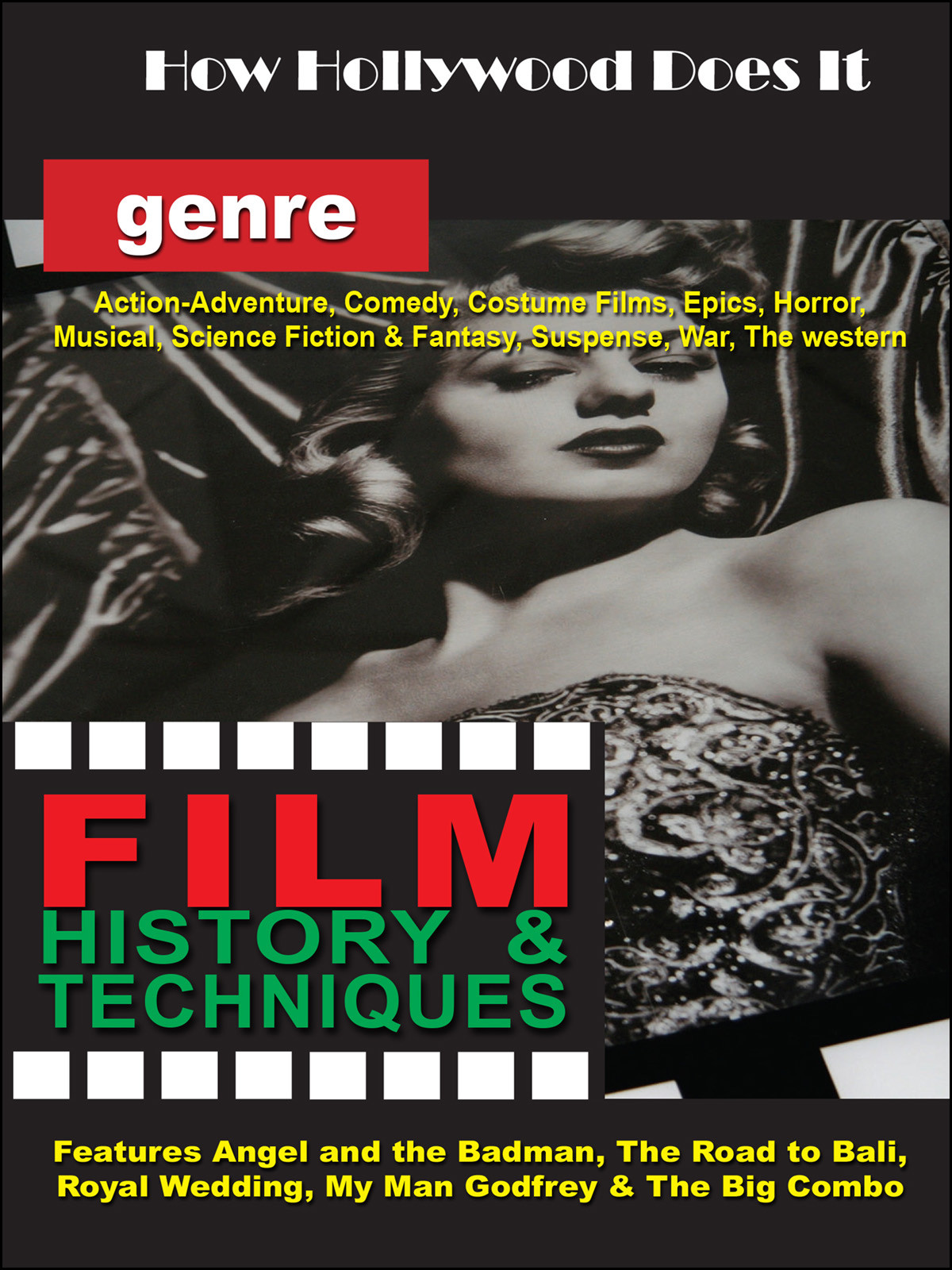 How Hollywood Does It - Film History & Techniques of Genre

How Hollywood Does It is a look at the history, techniques, movements and people who create the magic of motion pictures. Film genre, or the classification of film into categories is based upon designated characteristics that distinguish one film from another. Genre explores what characteristics indicate a film genre like horror, musical, Western and comedy and how viewers understand the story put before them. They remain a useful way to categorize and distinguish most films, so that audiences know what to expect. Most film critics agree on ten film genres: action-adventure, comedy, costume films, epics, horror, musical, science fiction and fantasy, suspense, war, and the western. This program discusses the following films and the genre of each - Angel and the Badman, The Road to Bali, Royal Wedding, My Man Godfrey and The Big Combo. Hosted by Jeffrey Hill and Mark A. Graves - Jeffrey Hill is an associate professor at Morehead State University, Department of Communication, Media and Leadership Studies. Dr. Mark Graves is an associate professor of English.