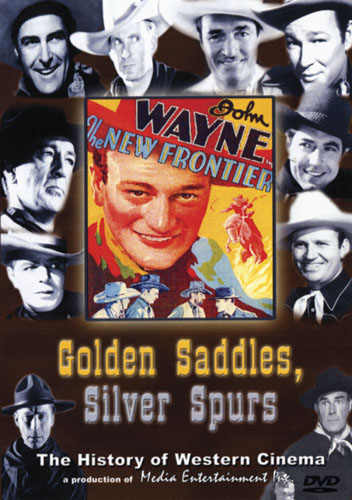 X
Please note you'll have 1 hour, 8 minutes of viewing time for this title, during the 24 hour period after your purchase.

The History of Western Cinema. Out of a cloud of dust and across the silver screen we all sat enthralled as the American West came to life in the movies. From the very beginning audiences came to love the "old West", even though what we saw up on the screen did not always represent the "real West". Cowboys and Indians, good guys and bad guys entertained us. It was, and remains, one of the most popular film genres ever, even though the heyday of the Western has long past.In five one-hour episodes, Golden Saddles, Silver Spurs recounts the history of Western Cinema, from the very beginning, through to the waning of its popularity in the mid-1950's, when television began to bring this genre into our homes on a regular weekly basis.