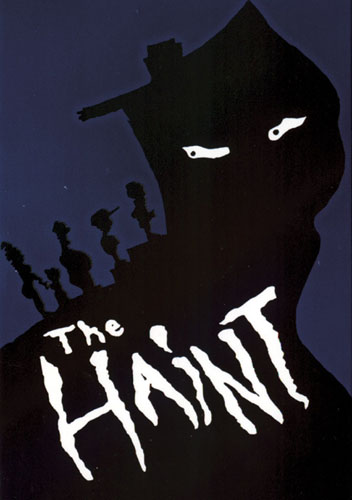 Sister Opal Avery: An 86 year old contemporary of Mary, her best friend as a young girl. Opal is not a nun, as many suspect; she is named Sister as she is well respected as an elder in her Baptist church. Opal is always ready with a hug and some warm cocoa for any visitor who stops by. She enjoys reading classic books in her time at home. She says her favorite book is "The Good Book", the Bible. She hails originally from Talula, TN, about 26 miles east of Midway. Carlotta Sue Philpott: This 60-something year old woman was born and raised in Midway. She is married to Fred and they have one son, Kenny. Carlotta somehow knows something about everybody in town. She is very active in her church and presently lives in the Happy Valley Trailer Park. She resents people stereotyping others who live in trailer parks and says she likes her trailer just fine. "I like it and it is OUR HOUSE! We own it, thank you! DO you own your own place?" Carlotta has worked many jobs including the K-Mart Cafeteria in Nolansville, TN. Louann Wooten: At 72 LouAnn lives alone in a house she saved for most of her life. Working as an architect at a well respected firm in Chicago, IL she was in charge of an entire department which she says "ran like clockwork. We never missed a deadline. But never!" She grew tired of the big city and had dreams of living in a small quiet town far away from the madding crowd. She enjoys painting, gardening and occasionally some baking. She has a picture prominently placed in her house of a woman that, when no one is around, she stares longingly at and gets a tear in her eye. Stuart Price Floyd: Stuart, brother to Carlotta, is 3 years older than she. His parents always referred to Stuart as "special." He has depended on Carlotta much of his life as he cannot read or write. In Midway there were no special facilities for Stuart to attend so he stayed at home much of the time or visited with Sister Avery who lived next door. Stuart developed schizophrenia at age 28, on top of being developmentally disabled. He understands the voices he hears to be a gift. He presently lives with Carlotta in Kenny's old room. Mayor Corbin Husker: Corbin has been the Mayor of Midway for almost 15 years now. His father was a bluegrass traveling musician so he lived in Nashville most of his life. He went to community college and obtained a B.S. degree. He likes to call himself "the people's people person." He became mayor at age 40. Before pursuing a life in politics (as he refers to it), he worked as a private businessman in his own carpentry shop. He had 3 employees at the time: Clarence, Jerry, & Slaw. Says the mayor, "If I could manage those 3 diddlehoppers and make them produce over 500 different pieces of furniture during my time there, I surely can manage an entire town!" Pastor Roy Root: Minister of the Modern Present Day Prophesying Baptist Church for over 22 years. Pastor Roy sees himself as a modern day prophet. "I'm on the inside of outside the church! I know who's what and what is who! Don't even try to mix me up!" Most of the people who attend the right reverend's church have no earthly idea what he is talking about but they certainly enjoy listening to his enthusiastic presentation! Praise!Sheriff Sam Gruntly: Sam got his law enforcement license from the Nolansville School of Law Enforcement & Pizza Pub In the Back. Feeling ever-prepared, after he graduated, to go back and defend the town he was raised in and bullied. "Law is more than getting even, it's getting Steven! Get the fella that done it! 'Nuff said!" Sam has a brother who owns the only cinema in town named Jim. Buchwald Reginald Fevaan: Bucky, as everyone calls him in town and he abhors, moved to Midway from Austin, MN. He is 26 and moved there after meeting a "friend" at the local antique shop. When he heard of the ghost activity in town he stayed and opened his own Mysterious Rocks shop. After the shop went belly-up Bucky was stranded in Midway and forced to work as a projectionist at Jim Gruntley's cinema. Things that Bucky enjoys doing in his spare time are leaving town and taking trips. Otis Warren: Otis, native of Alabama, 56 years old, moved to Midway when a friend got him a job as a contractor for a realty company. He liked living there so much he stayed. Otis enjoys carpentry and worked for a time at Mayor Corbin's old shop. Now he just does it for fun. Otis keeps to himself most of the time preferring to work in his garage. His wife, Doris, and he own their own place. Otis plans to retire in a few years and move back to Alabama where he still has siblings.