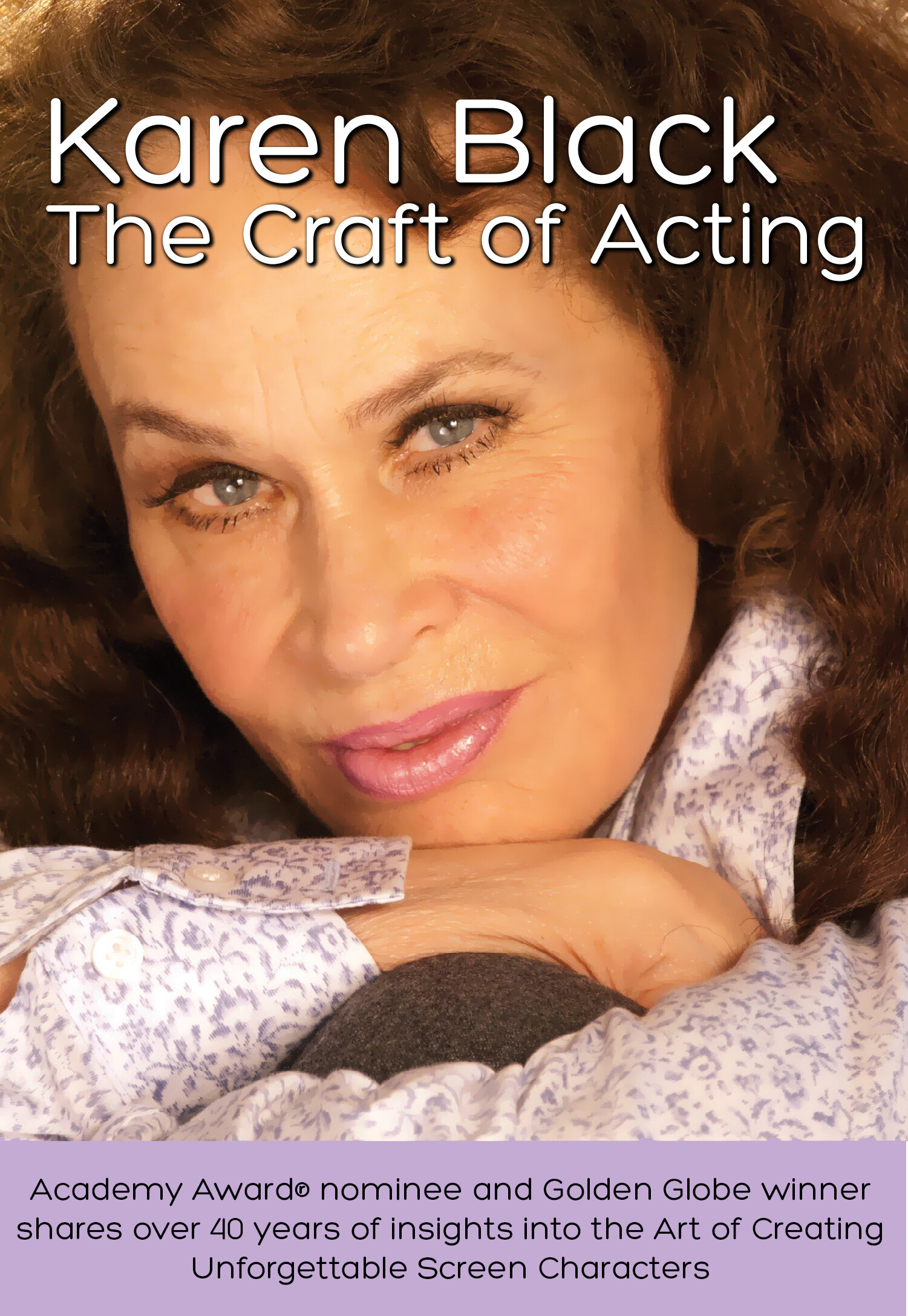 X
Please note you'll have 2 hours, 30 minutes of viewing time for this title, during the 24 hour period after your purchase.

Karen Black The Craft of Acting

Karen Black, the Academy Award nominee and Golden Globe winner shares 40 years' worth of insights into the craft of acting. This in-depth interview covers everything from perfecting regional accents to finding a character's inner needs - all from one of the most respected performers of her generation. Black gave the world an array of unforgettable screen characters and worked with such world-class directors as Alfred Hitchcock, Robert Altman, Bob Rafelson, Jack Clayton and John Schlesinger. Her many memorable feature films include "Five Easy Pieces," "Easy Rider," "Nashville," "The Great Gatsby," "Family Plot," "The Day of the Locust," "Portnoy's Complaint," "Airport '75" and "Come Back to the 5 and Dime, Jimmy Dean, Jimmy Dean." Also includes a bonus feature with Film critic Ben Mankiewicz as they reflect on Black's noteworthy career, her legacy and her contribution to a profoundly significant era in American cinema.

3 Stars. Recommended. Video Librarian. Filmmaker Russell Brown, who directed the late Karen Black (1939-2013) in 2008's The Blue Tooth Virgin, asked the wide-ranging actress to speak conversationally about film acting from her perspective in this plain presentation that eschews any career retrospective or biography of the Illinois-born star (aside from a disc-extra discussion with critic Ben Mankiewitz). Black attained cult-diva status principally for her roles in horror films (including the classic 1975 TV movie Trilogy of Terror), even though her resume ran the gamut from the critically lauded Five Easy Pieces (1970) and Nashville (1975) to the semi-experimental Rhinoceros (1974) and Conceiving Ada (1997). Seated on a couch, Black plunges into discussing accents, her ability (or not) to judge a worthy script, the differences between stage and screen acting (at least for her), and how she approached playing a transgendered character in the film version of Come Back to the Five & Dime Jimmy Dean, Jimmy Dean (1982). Along the way, Black mixes solid, practical advice with on-set gossip, opinion, and self-deprecating humor.